Guest post, Excerpt, and Contest from Jessica James, author of Noble Cause

Please give a warm welcome to Jessica James!  Today she is writing about the man behind the inspiration for her character Colonel Alexander Hunter.  An excerpt from her novel follows the post as well as information about a contest she is holding.  Happy Reading . 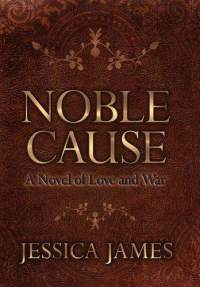 As part of my Holiday History Tour that continues the week of Dec. 12, I will be writing about different “Mosby landmarks” I have visited, over at my Life in the Past Lane blog (www.jessicajamesblog.com). They include a house in which Colonel Mosby had to climb out of the window into a tree in the middle of the night to escape capture. (Yes, the tree is still there too).
On Dec. 16, I’ll be giving away goodies that will include a copy of Noble Cause, a $25 Barnes and Noble gift card, and the e-book “From the Heart: Love Letters and Stories from the Civil War.”
There are numerous ways to enter—and no limit to the number of times you can enter.
Join the Holiday #History Tour! Enter 2 win signed award-winning #CivilWar #fiction RT! http://tinyurl.com/cxy3um #books #contest #Romance
Thanks Jessica for stopping by and hope you read and enjoy Noble Cause as much as I did.
Jenny
Posted by Jenny Girl at 8:31 AM