Review: A Train in Winter by Caroline Moorehead 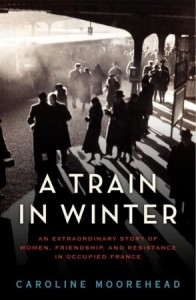