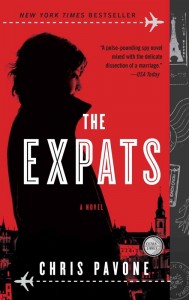 Summary from the Tour Site:
At first glance, Kate Moore is an ordinary American expat mom whose days are filled with coffee mornings and the mundane demands of childcare. But Kate is also guarding a secret: until recently she’d been leading a double life as a CIA agent, traveling the globe on increasingly dangerous covert missions. After her job drives her to commit an unforgivable act, Kate is ready for a less eventful life, and her husband Dexter’s new job as a financial systems security consultant in Luxembourg provides the perfect exit strategy. But still she remains unable to bring herself to reveal her secret to him.
As Kate struggles to adapt to her new expat existence, always wondering when her past will catch up with her, her spook instincts take over and she grows suspicious of those around her. There’s an overly friendly American couple, Bill and Julia, who clearly are not who they say they are, and who Kate suspects may be assassins; and Dexter has become withdrawn, evasive, and unhealthily absorbed in his work, which mysteriously leads him to come home with mud-stained shoes. When Kate breaks her vow to never investigate her own husband and begins to dig for the truth, her world quickly unravels as she discovers that Dexter has been harboring an explosive secret of his own—and that he may be involved in a dangerous scheme involving shell corporations, unforgiven war crimes, and the brazen theft of 50 million euros.
My Thoughts:
People have a hard time facing the truth or reality of their situation.  No one wants to believe they don't really know their partner or themselves.  That as much as they want a particular kind of life, it's that other life, that life filled with suspense, danger, and excitement  is what really gets them going.  It's who they are.  This is the situation Kate finds herself in.  Doubting her husband, herself, her choices for the kind of life she wants.  Kate now has to decide who she is, what kind of life she wants, and can she handle the consequences of these choices.

All of this introspection on Kate's part, takes place as a result of her and her husband Dexter starting a new life in Luxembourg  Europe.  Just their choice of where to live should tell you there's something shady going on.  Events begin to happen, and the story goes from there. It 's up to Kate to figure out what's going on and see her family to safety.

Overall the story was interesting and there are twists and turns along the way.  The first half of the book sets the stage with Kate's state of mind and settling into a new life.  The second half, Kate starts to put the pieces together and the action really begins.  Pavone describes the streets of this old European city so well, I felt the cobblestones under my feet and the dampness in the air.  It's his writing that really makes the story.  I felt Kate's nervousness when she was putting clues together, and the thrill of the chase through the museum gallery.  Pavone excels at hooking his readers into his story.  This book is a great combination of spy thriller, what would you do, and character exploration.

I do have one minor negative item.  I liked Kate, but I felt like after spending so much time in the CIA and on covert missions, she should have realized sooner something was amiss when she met Bill and Julia.  My street smarts kicked in as soon as these two were introduced, and I felt that should have been the same with Kate.  I understand Kate not figuring the other bit out.  You never want to doubt the ones you love, but Bill and Julia, Kate should have questioned their appearance from the start.  You can take the girl out of the CIA, but not the CIA out of the girl, which this story ultimately shows.
Great debut book!

For other points of view on The Expats,  please visit one of the tour stops listed at the end of this post.

Now for the GIVEAWAY.  Here are the rules for entry: 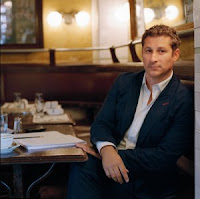