Review: The Epic of Gilgamesh 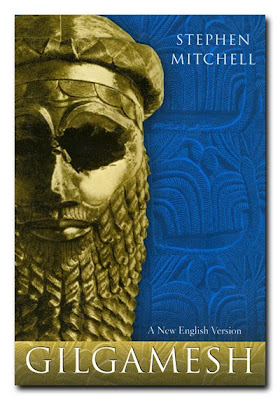 This is an epic poem about Gilgamesh, a man who is 2/3 god and 1/3 human. It was written in Mesopotamia around 2500 BC on a series of 12 clay tablets. It is one of the earliest known works of literature. The story tells us about Gilgamesh, his deeds, and his friendship with Enkidu, who is also part god. Both of these great warriors lives are intertwined with the many gods in control of the universe at that time. The gods pretty much controlled everything, including the activities in the story. While Gilgamesh and Enkidu are on a quest to rid the land of a terrible beast, also created by a god, Enkidu dies. Gilgamesh is stricken with grief and I think, travels to the underworld to either seek out Enkidu or test his own mortality. It was hard for me to tell, and I didn't want to read Cliff Notes. At this point the story ends, and the reader is left wondering what happened to Gilgi.

This was an interesting story. It was a little choppy and I was confused from time to time since parts of the story are missing. That's what happens when the source documents are clay tablets that are over 4500 years old. This epic could be an accounting of one man's life and deeds or it could be strictly for entertainment. I think it was a little of both, especially since some parts of it read like refrains from a song. I could imagine ancient dancing and chanting in the retelling especially at the underworld parts. I think the poem was also meant to teach about love, friendship, trust, because that's what the relationship between Gilgamesh and Enkidu embodied. Stand by your family and friends and defend them to the end. Overall it was a quick read and it certainly piqued my interest in ancient texts or stories. I think I will read up on some interpretations of the poem at a later date.

Here are some links which contain more information about this poem and it's background:

This looks like a computer generated movie of the poem 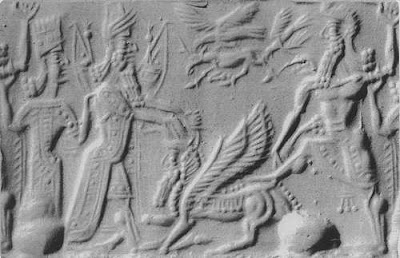 Photo from the British Museum

My Rating: How can I rate one of the first known pieces of literature ever? Not Applicable!

I read this for the Really Old Classics Challenge run by Heather J and Rebecca Reid. The deadline was February 28, 2010, but I don't think one day is a huge difference. I originally read this in January but procrastinated with the review. Terrible, I know. Click here to check out more reviews and blogs.

oh wow. I had no idea of this book/story. i had heard the name Gilgimesh previously but didn't know the history. Thanks.

Very interesting reading material!! Not sure if I would have been able to hang in there!!

Wow you actually read it! I have a Swedish translation sitting at home, should read it one day.

Btw, I haev seen you review sourcebook books, do you email them and tell them that you reviewed? Kind of do not know if I should do that now. My first last week

The Epic of Gilgamesh is a favorite story of mine, and I've probably read it six or seven times. There is more to the story than what you have read, and I definitely recommend finishing it. And of course if you ever want to talk about the story or know more, let me know. I teach this story in my Ancient and Medieval Lit courses. :)

Just a line Jenny to thankyou for your kind comment about Smokey.

My husband recently bought this but hasn't read it yet. I'll warn him :)