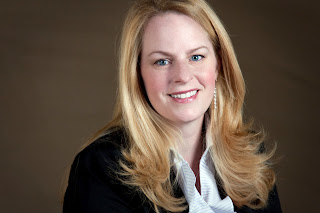 Where the Action Is
By Shana Galen
First of all, I want to thank Jenny Loves to Read for having me back. I’ve been looking forward to visiting. I thought I would do something special today, and that’s give all of Jenny’s followers an exclusive excerpt from my new book, The Rogue Pirate’s Bride.

If you’ve read any of my books, you know I love writing adventure and action. There’s something about writing an action scene that gets my adrenaline flowing and my heart pounding. My fingers fly over the keyboard, and the words come fast and furious. Those are definitely my favorite scenes to write, though they can often be some of the most difficult. I have to revise them to make sure all the characters’ actions, words, and thoughts make sense and keep the scene moving fast and the excitement level high.

In the following scene from The Rogue Pirate’s Bride, Bastien and Raeven are in Gibraltar. They had a tension-filled first meeting several months before when Raeven tried to kill Bastien. She hates him because he killed her fiancé. Now they have met again at a pasha’s ball and are being pursued by Bastien’s enemy and his men.

One thing I love about this scene is how the characters’ actions and dialogue let the reader know something about them. It’s not just running and ducking and hiding. I hope the reader also gets a sense of who Raeven and Bastien are as well and maybe an inkling of the romance blooming between them.

***
In any case, she and Cutlass needed to act. They had been sitting in one spot too long. “Alright, go ahead and make your diversion.”

He rose to a crouch, but before he could spring away, she grabbed his arm. The muscles underneath his coat were sleek and hard, and she immediately released him. But it was too late to staunch the flow of heat shooting through her belly. He looked at her, and she remembered another time, remembered his cobalt eyes warm with passion.

She shut her own eyes and blocked the image out. “Just don’t get yourself killed.”

“I would thank you for your concern,” he whispered, his breath feathering against her cheek. He smelled faintly of tobacco and champagne. Thinking of their kiss of a few moments before—what seemed hours after the events of the past few minutes—she recalled he had tasted of champagne. His mouth had been cool and sweet. “But I know you only want me to live so you can kill me later.”

She smiled. She did want to kill him. But she wouldn’t mind kissing him once or twice first.

“Wish me luck, ma belle.” And as though reading her mind, he leaned forward and brushed her cheek with his lips. She shivered involuntarily, and when he pulled back she could have sworn his expression was smug and knowing.

She clenched her fists. “Good luck,” she said. “I think you’ll need it.”

She watched as he moved, catlike, from the protection of one wheel to that of the other, closer to the gate. She could feel him tense, prepare to move, and then the door to the palace burst open and the courtyard shone in the torchlight. Raeven turned in alarm and expectation of seeing her father or the pasha, but El Santo stood in the doorway. He had a tourniquet around his leg, blood on the hand holding the torch, and three armed men with him.

“Merde,” Cutlass said beside her.

“Exactly,” she breathed. “Any other suggestions?”

One of the men pointed to the cart, and Raeven’s eyes locked with El Santo’s. With a roar, he charged them.

“Run!” Cutlass yelled, and taking her hand, pulled her toward the gate. A shot burst out, then another, and she felt the heat of one near her shoulder. She tried to run in a zigzag but running at all was difficult in the cumbersome skirts, and she could barely keep up with Cutlass. Despite his earlier threats of leaving her behind, he pulled her forward, all but yanking her arm from her socket. When they reached the gate, he paused and kicked it hard.

Raeven gasped in horror when it didn’t budge. Cutlass let forth a stream of French epithets and rammed the gate with his shoulder. Raeven didn’t want to look behind them, but she was compelled.

El Santo and his men were advancing, the men loading their half-cocked guns. “Come here, little girl,” El Santo called, his voice echoing against the walls of the courtyard. “You like to play with sharp objects. I have something for you to play with!” He gestured grotesquely to his groin, and Raeven had to swallow the bile in her throat.

“Hurry up,” she hissed at Cutlass.

He rammed the gate again, but it didn’t move. “Let’s climb it,” he said.

“There’s no time.” Not to mention, she’d never be able to scale the gate in these skirts. She glanced back over her shoulder and saw El Santo’s men taking aim. “Get out of my way.” She pushed Cutlass aside and made a quick study of the gate. A wide beam of wood rested over the double doors, barring outsiders from entering. It was far too thick to snap when kicked or rammed, but she lifted it quickly, thrust it over, and pushed the gate open.

She dove through just as fresh shots rang out.

Her skirts wound around her ankles, and she had a moment of panic when she tripped and went down, but strong hands lifted her and all but carried her into the alley and behind a heap of trash. He practically dumped her on her bottom, and Raeven knew the dress was beyond salvageable now. She coughed at the stench of rotting fruits and meat, tried not to think about their close call, and gave Cutlass a long glare. “You didn’t think to simply lift the gate’s bar?” Men and their reliance on brute force.

“I should have left you in a tangle of skirts back there,” he retorted.

“Why did you help me?” She scanned the alley, looking for an escape. It would not take El Santo long before he realized where they were hiding.

“Glutton for punishment. Come on.”

***
What kind of scenes do you like to read? The first meet? The first kiss? Those set in a ballroom? A drawing room? A bedroom?

THE ROGUE PIRATE’S BRIDE BY SHANA GALEN – IN STORES FEBRUARY 2012
Revenge should be sweet, but it may cost him everything…
Out to avenge the death of his mentor, Bastien discovers himself astonishingly out of his depth when confronted with a beautiful, daring young woman who is out for his blood…

Forgiveness is unthinkable, but may be her only hope…
British Admiral’s daughter Raeven Russell believes Bastien responsible for her fiancé’s death. But once the fiery beauty crosses swords with Bastien, she’s not so sure she really wants him to change his wicked ways…


ABOUT THE AUTHOR
Shana Galen is the author of five Regency historicals, including the Rita-nominated Blackthorne’s Bride. Her books have been sold in Brazil, Russia, and the Netherlands and featured in the Rhapsody and Doubleday Book Clubs. A former English teacher in Houston’s inner city, Shana now writes full time. She is a happily married wife and mother of a daughter and a spoiled cat and lives in Houston, Texas, where she is working on her next regency romance series! For more information please visit www.shanagalen.com, like her on Facebook, or follow her on Twitter.


Giveaway 411
And now for the giveaway.  Courtesy of Sourcebooks, I have 2 copies of The Rogue Pirate's Bride to giveaway.  Rules are as follows:


*Open to residents of U.S. and Canada only
* Leave a comment on this post telling me what kind of hero/heroine scenes do you like to read
*+1 Leave a comment on my review post here
* Deadline for entry is midnight, March 13, 2012
Thanks again to Shana for stopping by and to Danielle from Sourcebooks for my review copy and giveaway copies.
Good luck everyone and be sure to check out Shana's other titles as well.  I'm sure you will not be disappointed :)
© Jenny Girl - 2012 "All Rights Reserved"
Posted by Jenny Girl at 9:00 AM