Behind the story: The region of Gascony in France featured in The Mysteries of Udolpho 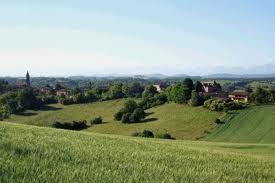 As I read the Mysteries of Udolpho I thought it would be interesting to research and spotlight the area of Gascony where the first part of the story takes place.  In the book, Emily and her father live along the Garonne rive in Gascony, France.  This area is on the southwest of France close to the border with Spain, and the Pyrenees can often be seen in the distance. 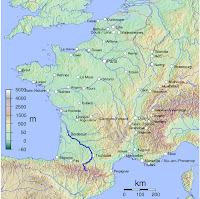 Gascony included or was often paired with Acquitaine and yes, was part of Eleanor of Acquitaine's dowry to Henry II.  Other familiar people who came from this area included Henry IV, king of France, Cyrano de Bergerac, and d'Artagnan of the Three Musketeers.

Today it is filled with medieval towns and villages, peaceful rolling hills, and beautiful weather, often making it a popular tourist destination for Europeans. 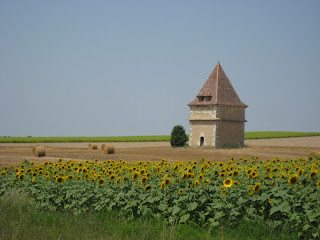 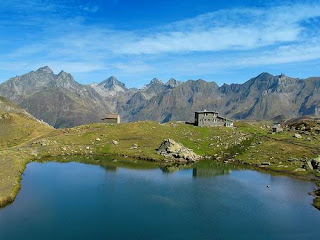 Another area that features prominently in Udolpho are the Pyrenees.  Emily and her father travel along the Pyrenees down to the Mediterranean so her father could enjoy the beautiful landscapes and weather and get well.  Often along their trip, they would get out and gaze upon the lovely vistas from the road, being in awe of the rugged wild beauty of the mountains contrasting with the greenery, trees, and bushes. 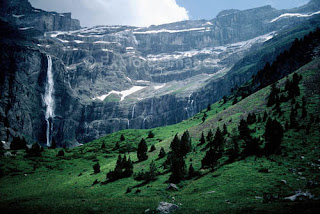 The descriptions of the scenery in Udolpho lend the story its air of mystery and danger, because many of the roads that were traveled were close to the mountain edge, with villages few and far between. It take much to go off the side of the road.  Mules and small carriages were used for travel, or one could go by foot if needed.  Banditos were also known to inhabit the mountain passages making travel after dark quite dangerous.  Therefore whenever one happened along the pleasant face of a fellow traveler dinner and stories would be shared, and new acquaintances made.

Later in the story Emily will journey down along the Pyrenees to Italy, to stay in a creepy castle with it's equally creepy owner.  More to come I'm sure.
Posted by Jenny Girl at 8:00 AM

Email ThisBlogThis!Share to TwitterShare to FacebookShare to Pinterest
Labels: Behind the story
Behind the story: The region of Gascony in France featured in The Mysteries of Udolpho
2011-10-03T08:00:00-04:00
Jenny Girl
Behind the story|
Newer Post Older Post Home